Change at the speed of Life…

I’ve now been back as long as I was gone.

In those first six months I was a vagabond traveler turning whichever way the wind blew, running my tally of countries visited to 21. Sleeping in cars, trains, busses, and on floors, couches, bunks, and beds. In the six months since I have planted and grown longer roots than I have known in my adult life and couldn’t be happier about it. I have purchased property with my lovely fiancee (we got the house!) And as of last weekend we got a puppy!

Last Saturday started off simply. Summer and I had tickets to the local roller derby. Neither of us had ever been to one before and had been wanting to for some time. I bought our tickets for the Rose City Rollers online and we were set. Picture a bunch of women racing around a track wearing old school roller skates, knee and elbow pads, helmets, tattoos, and a fiendish grin all racing around a track trying to knock each other down. Now that’s entertainment!

Also at the Expo Center was the annual Pet and Companion Faire which we stopped by before the Rollers.

Walking around the many aisles of furry, fluffy, and feathered things we knew we wanted a dog. We sat with a number of dogs and talked to them and their handlers but nothing stuck. Until Carter. Carter was passed out on the floor of the Humane Society of Southwest Washington’s booth. One ear up and one ear floppy you could do whatever you wanted to him. He was spent.

We walked him and talked to the girl that was fostering him for probably an hour and a half. Everyone that walked by said two things: “He’s soo cute!” and “Look at those paws!” 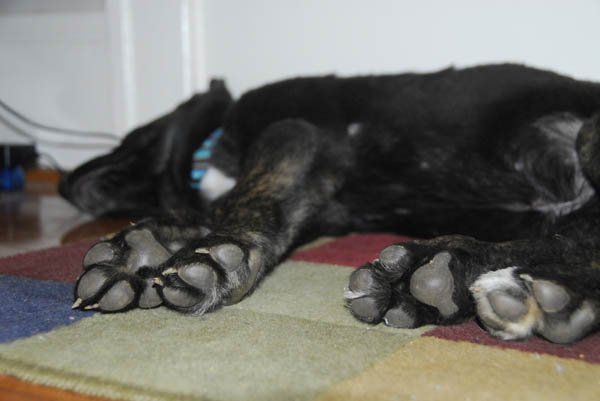 Yep. He’s a horse, or he will be. Shepherd and Lab mix weighing in at 24lbs and only three and a half months old. He is projected to land somewhere in the 60-80lb. range. Needless to say, we never made it to see the Rose City Rollers that night. We did however add a new member to the family.

Internet people, meet Carter Michael Pierce: (Michael for the late Michael Carnahan who was a lover of all dogs and dedicated his Sundays to walking them at the Humane Society) 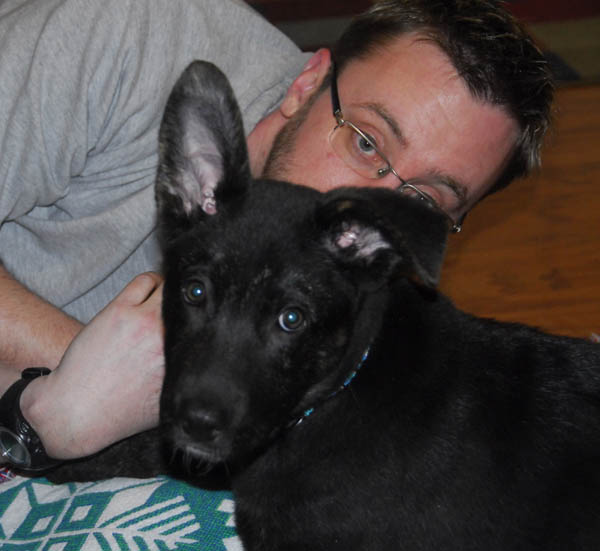