1.Â Why James Cameronâ€™s Aliens is the best movie about technology.
Some great film writing on philosophical messages in sci-fi movies we love.

There are not many films on any topic that pull off the trifecta of big ideas, great moviemaking, and deep human resonance, let alone manage to be about technology. For my purposes, there are three that matter:Â Blade Runner,Â 2001: A Space Odyssey,Â andÂ Aliens.

Right now (if youâ€™re still reading) youâ€™re thinking,Â Tim, I love Aliens. But I donâ€™t love it because it makes me think the thinky-thoughts. I love it because people blow shit up, get killed by aliens, then blow up more shit. Thereâ€™s no way it carries a deep message about human beings and their relationship to technology. Itâ€™s not high art. Itâ€™s fun.Â And I say to you, it is both. You just havenâ€™t noticed it until now.

Thatâ€™s what technology is. Itâ€™s the world of things, some impossibly stupid, some smarter than we are, we have assembled around ourselves to cover over our fundamental weaknesses as a species. The strength we have, the advantage this gives us, is our ability to stand apart from the things weâ€™ve made: to use them and set them aside; to make them prosthetic extensions of ourselves and to let them go.

2. The Ethical Dilemma Behind Reporting On The Data Released From The Sony Hack

From the beginning,Â VarietyÂ has not shied away from reporting on what has emerged from the data to date. That isnâ€™t to say absolutely everything that pops up will be duly noted in our publication â€” personally identifiable information about execs, for instance, would be one no-no.

But my mounting misgivings have forced me to explain to myself what all this reporting is really about. While I found a lot to question about the rationales, ultimately Iâ€™ve arrived at an uneasy peace with why the leaks just canâ€™t be ignored.

When ethical boundaries get murky,Â itâ€™s only natural to grab for some sense of precedent. The one that comes to mind for me is a relatively recent example: theÂ celebrity nude photo leak in OctoberÂ that besmirched the good names of everyone from Jennifer Lawrence to Ariana Grande.

These young women clearly had their privacy invaded. There was a lot of justifiable hand-wringing in the press about the plight of these women, but why is there none of that for the corporations? Their privacy has been invaded as well, albeit in a different way.

NudeÂ photosÂ werenâ€™t hacked at Sony, but itâ€™s interesting that while nudity is deservedly considered to be crossing the line, financial records arenâ€™t accorded a measure of respect as well. Rest assured that SPE chairmanÂ Michael LyntonÂ would probably rather you see his private parts than the companyâ€™s movie budgets.

The difference between nude celebrity photos and the leaked Sony data, respectable media outlets will argue, is only the latter is â€œnewsworthy.â€ But what does that really mean?

3. Swarm Weapons And The Future Of Conflict

Swarming is a seemingly amorphous, but deliberately structured, coordinated, strategic way to perform military strikes from all directions. It employs a sustainable pulsing of force and/or fire that is directed from both close-in and stand-off positions. It will work best â€” perhaps it will only work â€” if it is designed mainly around the deployment of myriad, small, dispersed, networked maneuver units. This calls for an organizational redesign â€” involving the creation of platoon-like pods joined in company-like clusters â€” that would keep but retool the most basic military unit structures. It is similar to the corporate redesign principle of flattening, which often removes or redesigns middle layers of management. This has proven successful in the ongoing revolution in business affairs and may prove equally useful in the military realm. From command and control of line units to logistics, profound shifts will have to occur to nurture this new way of war. This study examines the benefits â€” and also the costs and risks â€” of engaging in such serious doctrinal change. The emergence of a military doctrine based on swarming pods and clusters requires that defense policymakers develop new approaches to connectivity and control and achieve a new balance between the two. Far more than traditional approaches to battle, swarming clearly depends upon robust information flows. Securing these flows, therefore, can be seen as a necessary condition for successful swarming.

4. How Fixed Are Personality Traits After Age 30?

When psychologists talk about personality, they are usually referring to what are called the Big Five traits: openness, conscientiousness, extraversion, agreeableness, and neuroticism. These are our core characteristics, which generally don’t fluctuate depending on the particular mood we’re in. Some newer research in the emerging field of personality neuroscience suggests that these traits are biogenic, stemming from our genes, which helps explain why so many studies have found personality to be relatively stable. Research on identical twins, for example, shows that these five traits are largely heritable, with about 40 to 50 percent of our personality coming from our genes.

Some aspects of our personalities start to show up when we’re just days old, as Little writes in his book:

Such features of personality can be detected in the neonatal ward. If you make a loud noise near the newborns, what will they do? Some will orient toward the noise, and others will turn away. Those who are attracted to the noise end up being extraverts later in development; those who turn away are more likely to end up being introverts.

As we grow older, our personalities do evolve, of course; throughout adolescence and early adulthood, we change rapidly. One review of 152 longitudinal studies found the biggest changes in personality traits occur from childhood through the 20s. In the 30s, 40s, and 50s, we can and do still change, but these changes come more slowly, and require more effort, said Paul T. Costa Jr., scientist emeritus at the laboratory of behavioral science at the National Institutes of Health. 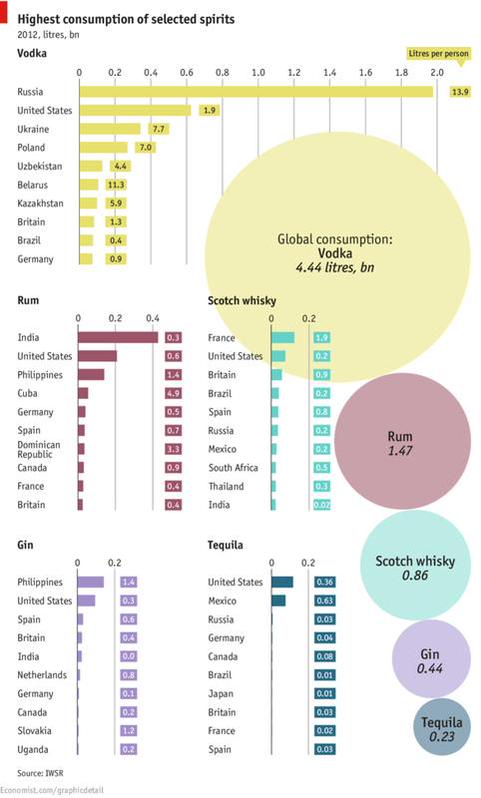 Children have never been very good at listening to their elders, but they have never failed to imitate them. -Â James A. Baldwin