1.Â Caltech’s little engineers that could

Then a classic engineering problem strikes: resource scarcity. The crates run out and there are still 2-year-olds without a seat on the train. The toddlers solve it by finding chairs to create the needed train carriages.

Yard time is over, and back inside, Chagolla quiets the toddlers with a story.

â€œYoung Iggy Peck is an architect and has been since he was 2, when he built a great tower in only an hour with nothing but diapers and glue.â€

Itâ€™s deliberate here. From story time to free play, everything is geared toward age-appropriate learning through engineering principles, Chagolla says.

â€œBecause theyâ€™re between 2 and 3, theyâ€™re still acquiring a lot of language and so thereâ€™s a lot of ideas that they have that are nonverbal,” she says.

But not speaking doesn’t mean they donâ€™t get complex concepts.Â Toddlers here know and verbalize concepts like stability and balance because they are constantly named and reinforced.

Teacher Veronica Dayag engages the 4-year-olds like college students. â€œSo I want to see if you can get your straw rockets to shoot all the way from where youâ€™re sitting to the other side of the room,” she says.

She asks them to start by sketching a blueprint, but doesnâ€™t give them any other instructions. Each one uses tape, plus the big and little straws, and through trial and error figures out how to turn the materials into a rocket that shoots across the room. 3. The Drug Lord With A Social Mission
And you thought drugs were a tough subject before…

In 2005, the European Monitoring Centre for DrugsÂ and Drug Addiction established an early-warning system to track the appearance of new drugs on the continent. In its first years, the number of new psychoactive substances in Europe held fairly steady, hovering around 10 per annum. But in 2009 the figures began a steady ascent: from 24 new substances reported that year to 41 in 2010, 49 in 2011, 74 in 2012, and 81 in 2013.

Worldwide, more than 350 new substances are now marketed as alternatives to marijuana, amphetamines, andÂ other drugs, branded with names like bath salts, Spice, K2, and Blaze, according to the United Nationâ€™s drug control agency. In the United States, by 2012, over 11 percent of high school seniors were reporting that they had tried at least one of these new psychoactive substances, usually a synthetic cannabinoid designed to substitute for pot. That made synthetic marijuana the second most popular class of drugs among American teens, after marijuana itself.

Drug control has always been a Sisyphean task. The use of mind-altering substances and techniques is regarded by anthropologists as a â€œhuman universalâ€â€”a cultural practice as basic to societies in every region and every period in history as trade, religion, and folklore. And after more thanÂ a trillion dollars spent, the American war on drugs has not put much of a dent in the trafficking and consumption ofÂ the substances our legal system has chosen to outlaw. Now, this new class of drugs makes controlling the supply of, say, heroin look easy by comparison. New psychoactive substances are coming out so quickly that itâ€™s not possible to ban them fast enough to keep up, let alone police or scientifically understand them. When one substance is outlawed, another is born, just chemically distinct enough from the last one to evade its ban.

Not since the 19th centuryâ€”when an earlier wave of globalization rapidly accelerated the spread of opium, cocaine, marijuana, and hazily defined â€œpatent medicinesâ€â€”has there been such a burgeoning and unregulated pharmacopeia. And by all indications, the future promises only more acceleration. Last year, a research lab at Stanford demonstrated that itâ€™s possible to produce opioid drugs like morphine using a genetically modified form of bakerâ€™s yeast. Soon, even the production of traditional illegal drugs or illicit versions of pharmaceuticals could become a highly decentralized cottage industry, posing the same kind of regulatory challenge that the specter of 3-D printed firearms poses to the project of gun control.

4. The Art of Good Writing
It’sÂ How To Write A Sentence vs. The Elements of Style. I do love an artfully craftedÂ sentence and there are a great many in this comparative book review.

[The Elements of Style]Â is a book full of sound advice addressed to a class of all-male Ivy-Leaguers wearing neckties and with neatly parted hair. This, of course, is part of its continuing appeal. It is spoken in the voice of unquestioned authority in a world where that no longer exists.

What, at base, is a sentence? he asks, and then goes on to argue that the standard answer based in parts of speech and rules of grammar teaches students â€œnothing about how to writeâ€. Instead, we should be examining the â€œlogical relationshipsâ€ within different sentence forms to see how they organise the world. His argument is that you can learn to write and later become a good writer by understanding and imitating these forms from many different styles. Thus, if youâ€™re drawn to Jonathan Swiftâ€™s biting satire in the sentence, â€œLast week I saw a woman flayed, and you will hardly believe how much it altered her person for the worse,â€ then, Fish advises, â€œPut together two mildly affirmative assertions, the second of which reacts to the first in a way that is absurdly inadequate.â€ He offers, â€œYesterday I saw a man electrocuted and it really was surprising how quiet he became.â€ Lame, and hardly Swift, as Fish is the first to admit, but identifying the logical structure does specify how satire functions at the level of the sentence and, if you want to employ the form, thatâ€™s a good thing to know.

Why is this important? Because the form and rhythm of sentences communicates as much meaning as their factual content, whether weâ€™re conscious of it or not. In 1863, when General Grant took the city of Vicksburg, Mississippi, the last hindrance to free passage of Union supplies along the river, President Lincoln wrote in a letter to be read at a public meeting: â€œThe father of waters again goes unvexed to the sea.â€ Itâ€™s a poem of a sentence, â€œThe father of watersâ€ and â€œunvexed to the seaâ€ perfectly balanced on the unexpected pivot of â€œagain goesâ€ rather than â€œgoes againâ€, and all in the service of a metaphor that figures the Union as an inevitable force and the Confederacy as a blight on nature, without mentioning either. If cadence had no content, â€œUnion supplies lines are now clearâ€ would have the same power. And what is obvious in rhetoric is true in literature, as well.

We get no analysis of Japanese cell-phone novels or the best of the blogosphere. But for those, and I would count myself among them, who fell in love with literature not by becoming enthralled to books they couldnâ€™t put down but by discovering individual sentences whose rhythm and rhetoric was so compelling they couldnâ€™t help but repeat them to anyone who would listen, it is a blessed replacement to that old Strunkian superego forever whispering in your ear â€“ cut, cut, cut.

If you were forwarded this newsletter and enjoyed it, please subscribe here:Â https://tinyletter.com/peopleinpassing

I hope that you’ll readÂ these articles if they catch your eye and that you’ll learn as much as I did. PleaseÂ email me questions, feedback or raise issues for discussion. Better yet, if you know of something on aÂ related topic, or of interest, please pass it along. And as always, if one of these links comes to mean something to you, recommend it to someone else. 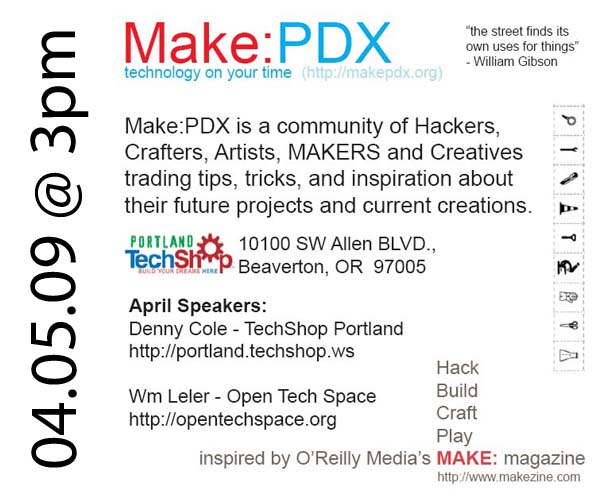 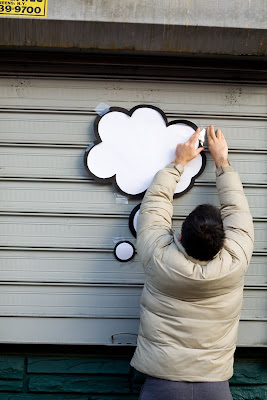 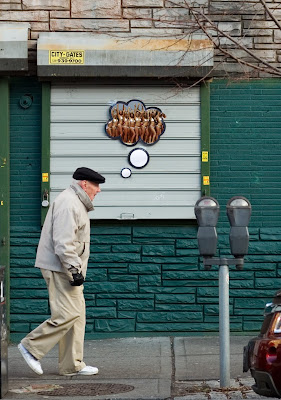 Color Me Katie: Thursday. – – Fun project of putting “thought bubbles” on various surfaces and taking pictures of people passing under them. Then photoshopping in the thoughts you think they were having.