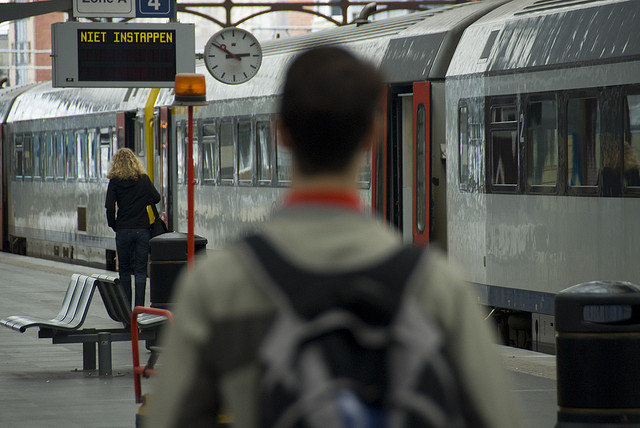 Here’s a question I’ve been spending some time on lately. What kind of a digital footprint do I want to leave when I pass? Consider it a legacy, an archive, a portion of the hive mind, or just a really convoluted and intricate scrapbook of thoughts and interests.

This blog will serve as one piece of it. This is my most articulate public thinking. However there are many other aspects of the Internet public and private record that I will want preserved so that my kids can peruse the things I was interested in or thought about and use them against me as I grow older.

The majority of my time, since the dawn of the Internet, has been focused on the issues of privacy, security, and risk. Combine that with being a fairly high self-monitor and it leads to a pretty conservative presence on the public Internet. Oh, don’t forget the pervasive irrational fear of being wrong or interpreted incorrectly, those will keep you from writing things down as well but I’ve written about that before.

Most of these tools I use to assist in mediating my information flow but, since Benjamin was born, I’ve taken a little more care to preserve more of my day to day thoughts and history. I would highly recommend all the tools here for use regardless off your parental status. Here are some of the tools I use:

Goodreads: It’s my digital bookshelf. I’ve done my best to archive all the books I’ve owned and read at GoodReads and I use it to keep track of all the interesting books I’ve heard about but have yet to read as well. Depending on what condition my physical library is in later on in life, I think this will come in handy for all concerned.

Evernote: I use Evernote quite heavily for capturing the things that interest me on a day to day basis. I used to use Delicious.com pretty heavily but it pales in comparison to the utility of Evernote (and you can import all your old links.) I use tons of other services but Evernote is my aggregation point. It has lots of features to integrate with other services and for those that don’t natively integrate there’s “If-This-Then-That” (ifttt.com).

Facebook: I’m generally a terrible Facebook user. I don’t check it for days or weeks, don’t respond to messages or friend requests in a timely manner, rarely post to it and even more rarely post anything personal. Still, looking back at the activity log there are some interesting “likes” and comments in the feed.

Gmail:Â  The archive… mostly of subscription, Google alerts, distribution groups, etc… I’ve been writing letters to Benjamin since he was born. Not as many as I’d like of course. I’d like him to have more tidbits like “4/13/14 you combined “Daddy” and “Go” along with your finger pointed toward the door so you could play with your trucks by yourself.” I’ll continually try and be better about that.

Twitter:Â  I’m generally a worse Twitter user than Facebook user. Maybe this will change with time. Early on I had to ration my access to it. I generally only follow people who share information (ie. links) and there were limited ways to focus the firehose so I would end up with two dozen tabs of interesting things open to “read later” and I wouldn’t get anything done. I’m starting to use it more as a tool to reach out to people in fields I have no business dabbling in.

Flickr: Â My photo archive. Once maintained and curated but that was long ago when I was heavily into photography and travelling (kind of like this blog). Maybe sometime in the future I will return to maintaining it but that will likely be years from now.

If at some point he’s interested in it, it will be there, time-stamped, tagged and waiting. If not I’m no worse for the effort. What tools do you use? What will you want your kids or the world to know about you? What kind of information legacy do you want to leave behind? 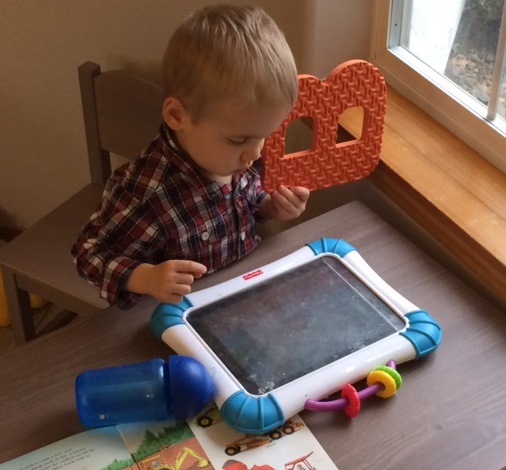 I haven’t written for thisÂ blogÂ in quite a while. I’ve been in keep-head-above-water mode recently between being a dad, a full work schedule, selling a house, buying a house, and moving. Busy busy, but better than being bored.
I’ve recently started acting on an idea I’ve been kicking around for about a decade: Teaching kids how to use the Internet. You might think “Teach kids how to use the Internet? They were born into the networked world, they’reÂ Digital Natives!Â They don’t need lessons, they’ll teach us.” Granted, kids pick up new technologies faster than those who have had time to develop habits with old technologies. For example,Â fictitiousÂ person questioning me, I’d bet you’d run circles around a kid racing to find a book in a library based on it’s Dewey Decimal number (which was some pretty awesome tech when it was first developed). But the Digital Natives idea is simplistic and even somewhat dangerous.
Kids that were born into a world with Google, and other information services that provide access to the most abundant collection of information the human race has ever produced, need a different set of skills than previous generations to process that information. Unfortunately this is a set of skills that does not materialize conveniently with access to the Internet. It is also a set of skills that is not being taught anywhere early enough in my opinion, if at all.Â In the information age, or the age of information, being able to parse the mountains of available content with a critical eye is an incredibly important skill.
In the past few weeks aÂ good friend has been helping me round out the ideas on what an education in Information Literacy would look like for the 5-7th grade cohort. His sons (10 andÂ 13yrsÂ old) have volunteered to be the first beta testers. We have had a few hours ofÂ pseudo-structured lesson time on what the Internet is, how Google goes about getting the information it provides when you ask it a question, how a basic web site works and ways to protect your privacy against unwanted tracking, etc… This has been just a baseline to find out what they already know, what interests them, what sticks, and how we can provideÂ informationÂ that can make an immediateÂ benefit.
We have a bunch of ideas for future lessons and projects but it all leads towards a better understanding of how to process information and to think critically about both the physical and digital worlds. Now, figuring out how to put it together and not bore them to death in the process…
I’ve also just finished readingÂ DanahÂ Boyd’s excellent new book “It’s Complicated: The Social Lives of Networked Teens” and I’m even more motivated now than I was before. Anyone who is perplexed by the behavior ofÂ kids today,Â and how they use the technology available to them, should read it.
Here are a few great tidbits about the fallacy of the Digital Native and the work we have ahead of us:

“Familiarity with the latest gadgets or services is often less important than possessing the critical knowledge to engage productively with networked situations, including the ability to control how personal information flows and how to look for and interpret accessible information.”
“When we assume that youth will just absorb all things digital through exposure, we absolve ourselves of our responsibility to help teenagers develop necessary skills. Too often, we focus on limiting youth from accessing inaccurate or problematic information. This is a laudable goal, but alone it does teens a fundamental disservice.”
“In a networked world, in which fewer intermediaries control the flow of information and more information is flowing, the ability to critically question information or media narratives is increasingly important. Censorship of inaccurate or problematic content does not provide youth the skills they will one day need to evaluate information independently. They need to know how to grapple with the plethora of information that is easily accessible and rarely vetted. And given the uneven digital literacy skills of youth, we cannot abandon them to learn these lessons on their own.”