The 2008 World Affairs Council of Oregon Speaker Series has been announced!!!

This is always an enlightening series. If you’re in the Portland area I highly recommend it.

Each of the 2008 ISS events begins at 7 p.m. at the Arlene Schnitzer Concert Hall in Portland.

Tickets for the series are available through
www.worldoregon.org, or by calling 503-552-9888.

Vicente Fox Â· March 19
“Border Crossings: Immigration, Free Trade, and Security”
The election of Vicente Fox to the Mexican presidency ended 70 years of one-party rule. A charismatic reformer, President Fox played a critical role in Mexico’s democratization and economic revival. A successful businessman before entering politics, President Fox sees immigration as a development issue and the mercurial U.S.-Mexican relationship as central to the stability of the Western Hemisphere.

Kim Dae-jung Â· April 18
“Challenges on the Korean Peninsula”
Often called “the Nelson Mandela of Asia,” Kim Dae-jung survived five attempts on his life, kidnapping, exile, and imprisonment before he was elected President of South Korea in 1998. Winner of the Nobel Peace Prize in 2000 for his “Sunshine Policy” of engagement with North Korea, President Kim today condemns the North’s nuclear development program, while also questioning the West’s policy toward the two Koreas.

Dr. Sergei Khrushchev Â· June 4
“Russia after Putin”
Son of Soviet Premier Nikita Khrushchev, Sergei Khrushchev has been an eyewitness to the dissolution of the Soviet Union and the establishment of the Russian state. Originally a missile engineer in the USSR, Dr. Khrushchev is now a U.S. citizen and frequent NPR commentator. Dr. Khrushchev provides a unique perspective on Russia’s future and its changing role in global politics.

Sandra Day O’Connor Â· Sept. 17
“An International Rule of Law: Balancing Security, Democracy and Human Rights in an Age of Terrorism”
Should the laws of other nations or international bodies have any bearing on American jurisprudence? Do the Geneva Conventions apply to us? Always an independent voice on the Supreme Court, Justice Sandra Day O’Connor is also its most insightful thinker on international issues. The first woman appointed to the U.S. Supreme Court, Justice O’Connor has often been the swing vote on controversial issues, both domestic and international.

Filed under Education, Round The World

If youâ€™re like me you donâ€™t remember much of high school. Either youâ€™ve blocked it out or didnâ€™t pay attention or you were too busy worrying about how much the other kids you donâ€™t talk to anymore liked you. Regardless of your reason there is a gray cloudy mass of memory where this formative period should be.

Somewhere after high school I figured out learning was incredibly fun and somewhere in there I figured out how to learn. At the very least I figured out how I learn. The birth of the Internet has helped that post-academic awakening immensely. Iâ€™ve had so many â€œSo thatâ€™s how it works!â€ moments I donâ€™t know where to start. Most recently those moments have come while Iâ€™ve been learning about electronics, woodworking, and cooking.

The shop classes I had in middle/high school were so useless as to border on a criminal waste of taxpayer money. Birdhouse anyone? Spot welded dustpan? How about a nice galvanized aluminum notepad holder? Letâ€™s see if we can set the bar low enough to be swept into that dustpan shall we? I can only hope that the students of today have a more interested and engaged bunch of instructors than I did. This is not to say all of the instructors I had were bad, there were some gems to be sure (Hola, Mrs. Reisenberg), but most I couldnâ€™t remember if I wanted to. The ones I do remember expected more from me, pushed harder, and cared enough to be disappointed when I screwed up.

I actually do remember my three fingered middle school metal shop teacher, but only as “Mr. Stumblebooger”. He couldnâ€™t seem to get my name right so I returned the favor and his real name has been lost to the gray cloudy mass. I remember him being a very interesting person with stories about visits to Saudi Arabia where his friend, to demonstrate how safe it was there, took his wallet and tossed it on the floor of the airport only to return several hours later and find it exactly where theyâ€™d left it. â€œOver there they cut your hand off if you get caught stealingâ€ heâ€™d say. I think the moral was more â€œdonâ€™t take my stuffâ€ than â€œdonâ€™t stealâ€ but I canâ€™t be sure.

I remember him, his class was a loss.

So the things Iâ€™ve been playing with lately have me all jazzed up with lerninâ€™. Iâ€™ve been playing with electronics for the first time since the days of the confusing 101 electronics projects kit. Never before had I heard the analogy of electricity-like-water and it has made me understand everything far more clearly. Also, reinterpreting the mishmash of an electrical diagram as just a network for electrons (electrons as packets for you other network engineers out there) has made even more sense of the mysterious world of electricity.

Iâ€™ve also been cooking like mad. I love it. It has all the best parts of a geek hobby. Itâ€™s got science, gear, gadgets, experimentation, etcâ€¦ Here is something that is fundamental to your daily existence that you have unlimited creative control over. It can be incredibly complex, very simple, or both depending on how you want to approach it. It is also cheaper and healthier than the fast food or restaurant alternative (think preservatives and fat). Ultimately you get to eat your creation which is immediate punishment or reward. You get better quickly.

Alton Brown of Good Eats fame has been an incredible resource in my culinary education so far. He does a great job of making all the magic that goes on between ingredients accessible and interesting. Also, since I dig books, and there is no shortage of cookbooks, I get to expand my library. Thanks to Curry Cuisine Iâ€™ll be trying my hand at grinding my own curry this weekend. Donâ€™t be shocked if a recipe or two ends up on this page.

I guess thatâ€™s all for now, more about specific projects later… letâ€™s move on.

Notice: The topics of my writings will start to focus less on travel and more on the passing fancy of my terribly-short-but-often-intense attention span. So if youâ€™re here for the travel and not for the rest, I understand, no hard feelings.

Given that we are in an election year, there may be more than the average amount of political commentary as well. Iâ€™m not saying thatâ€™s a bad thingâ€¦ Iâ€™m just sayinâ€™.

With those stated disclaimers we can move on to some really cool stuff. Iâ€™m a design geek (as well as many another type of geek). I appreciate new and innovative ways of thinking about things, whether they be simple or terribly complex. Yesterday, over lunch, I was telling a friend how I really enjoyed that the man working at the Teriyaki shop down the street from our office had turned tying the handles of the to-go bag into a graceful art.

I really do love that. There are so many boring, mundane, repetitive things in our lives. Why not take the extra moments to think about how we could do those things better as well? It might even make them more interesting and fun. By the way, Iâ€™m totally as guilty as anyone else in this department.

Ok, back to the really cool stuff.

There are a couple sites I keep an eye on for fun design stuff and indy trends that have not filtered into the mainstream quite yet.

This site covers everything from cars, design, architecture, fashion, art, advertising, etcâ€¦ The coverage is usually brief but informative and the photography is top notch. It’s enough to get you moving in a direction if you want to do further research or just to make you drool as you look at all the prettyâ€¦ 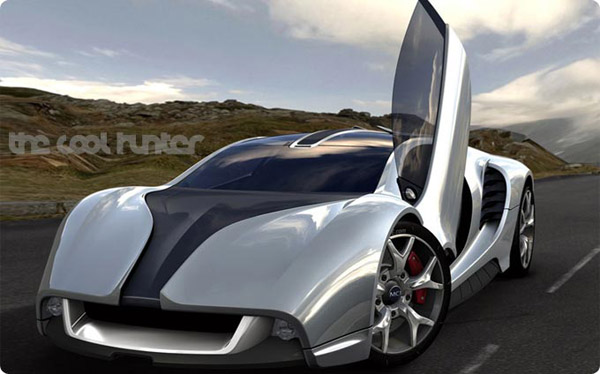 This seems to be more culture oriented than product design. Iâ€™ve just started reading this blog and so far everything has been very interesting. Articles on Shopdropping (or Droplifting if you prefer), the practice of people bringing things into a store without permission, much to the befuddlement of staff and security. 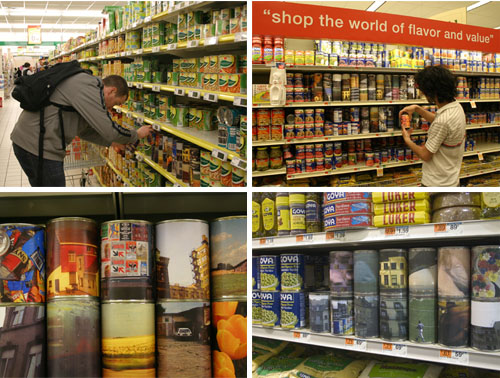 Or how about Subvertising, the editing/modification/co-opting of existing advertising channels? Be warned, they seem to like to number things over there.

Iâ€™ve been quiet for quite a while.

Iâ€™ve been back for over two months and no posts? Yeah, honestly, I wanted to avoid it for a while. That, and I really have been incredibly busy!

I ended up leaving the country again three weeks after I got back. Summer and I flew down to Cabo for a week and, I have to say, it was an incredibly relaxing time! It actually felt like a vacation. All inclusive food and booze, we ate and drank and lay in the sun.

After that trip it was back to work. There was some adjustment to the return to responsibility and actually having to be places at specific times but it happened quickly.

Life sped up immeasurably at that point. It really was interesting to go from a leisurely snails pace to the fuel-injected speed of what is everyday life for Americans. I got to see it happen.

Since then Iâ€™ve been re-exploring my many hobbies and developing new ones. Summer and I are buying a house (keep your fingers crossed). Those of you that have been through that know what an educational experience it can be. We should know in the next weeks if we got the one we wanted.

And finally, in a couple weeks, Iâ€™m off to Washington D.C. for Super-Tuesday to see how that town deals with the playoffs for this countryâ€™s political Super Bowl.

Well thatâ€™s the update. Iâ€™ve been staring at the blog for a while now thinking â€œI should write somethingâ€ so I did. Nowâ€¦ letâ€™s move onâ€¦