Summer and I celebrated our first wedding anniversary a couple weekends ago. The year has just flown by us. It’s hard to imagine the chaos that was only just beginning to subside about this time a year ago.

To commemorate the leap into marriage we decided to jump off a bridge.

About an hour North of Portland there is a very high bridge in the woods of Amboy Washington owned by the good people at Bungee.com. How high? About 230ft. making it the highest commercial bungee bridge in the US.

You have to walk out on the bridge when you get there which allows you to look down at the foot deep stream of water running below. There is nothing comforting about it. However, the five people that got there ahead of you that are screaming with excitement as they bounce around on the long cable attaching them to the bridge, is comforting. This like many dangerous activities, with proper care, can be done safely. The people running the bridge are all about safety. They double and triple check the gear, select the correct cables for your weight, and tell you how to avoid getting popped in the face by the (padded) cables.

When you get to the platform you really aren’t thinking about how far down it is anymore. You’re only thinking – Jump – and then you do.

Summer had to wait quite a while to get her jump in so they gave her the option of doing a running jump off the opposite side of the bridge. Most people aren’t given this option until their third jump. She went for it without hesitation. You’ll hear her say “Go big or go home baby!” as she’s running toward the edge (right before all the screaming).

And then two more jumps before she was done.

It was a fantastic day, all day long. I wonder what we’ll do next year. 🙂

Failure – The Secret To Success

I stumbled across this Honda Advertisement, which is actually much more than an advertisement.

Check out thier “Dream the Impossible” series here: http://dreams.honda.com

I’ve got some serious catching up to do with my posts. In the meantime, how about something to watch. This is my kind of commercial.

If you read the background on this, it just started off as something funny to do and then took off like a rocket. This is his third video, the last one from 2006 was inspiring as well.

Where the Hell is Matt? (2008) from Matthew Harding on Vimeo.

Filed under Adventure, Round The World, Video

I like information and I’m a very visual person. One of my favorite sections of any Wired magazine is the couple pages dubbed “infoporn” which display some sort of statistical information in a creative and potentially impactful way.

I recently stumbled across a site that will give me my pretty data fix whenever I need it. Enter infosthetics.com, a blog dedicated to data visualization and visual design, that scours the nets for interesting infographics. 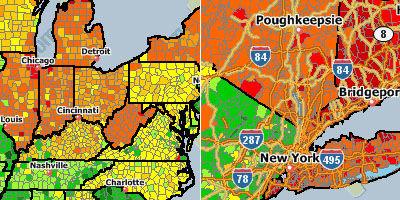 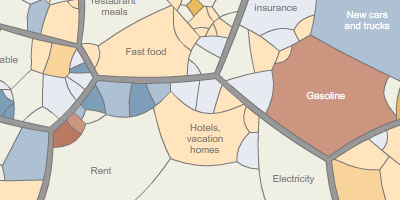 Or the romantic aspirations of thousands of online daters.